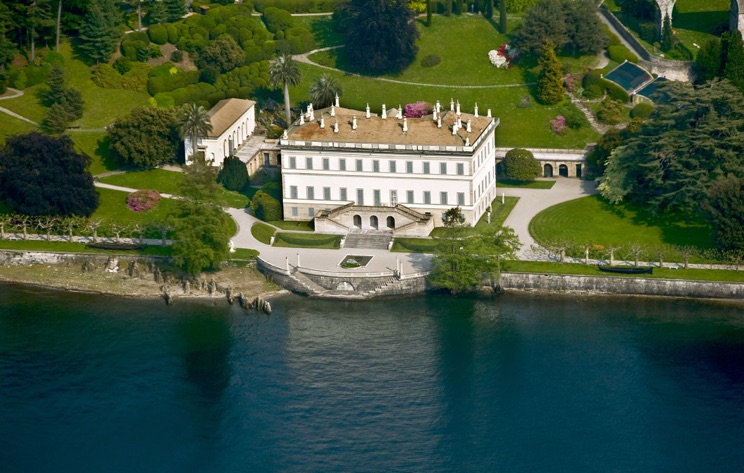 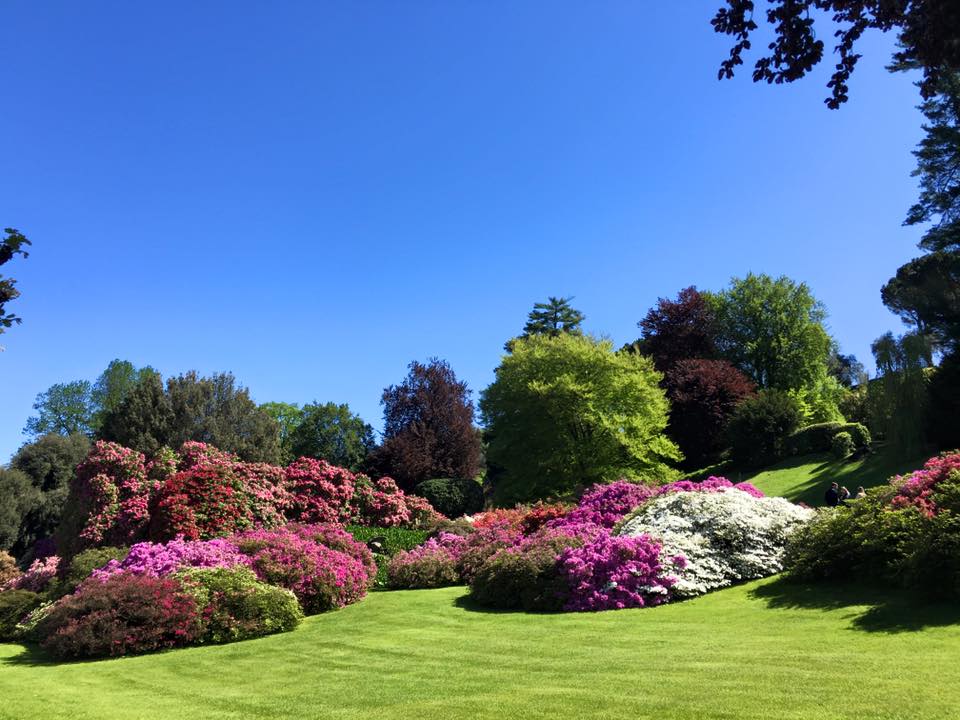 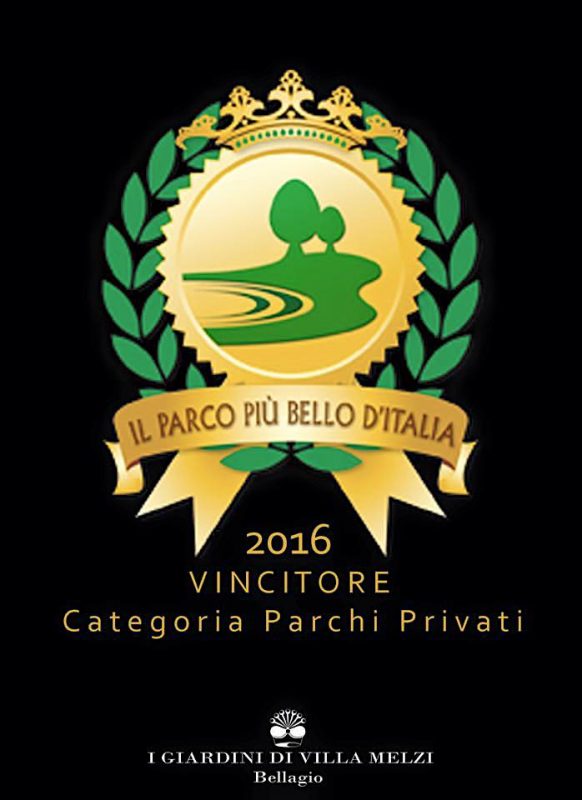 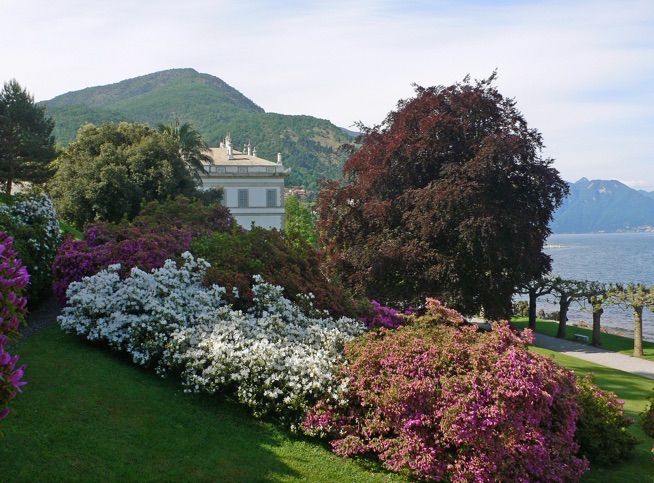 Also Count Francesco Melzi d’Eril, Vice president of the short lived Napoleonic – Italian Republic (1801 – 1803) like many influent families from milan, had a big representive villa built on the lake with a big park. Villa Melzi lies on the southern edge of Bellagio directly on the lake. The villa was built in 1808-10; Count Melzi’s taste for the neo-classical style came from Napoleonic France and inspired his choice of architect (Giocondo Albeltolli).

White columns flank the landingstage in front of the villa and enhance the classical style of the house when viewed from the lake. The garden was first example of an English garden on the lake. The axis of the garden extends up the slope from the lake to a high point above the villa. It is crossed by many winding paths.

Under the trees, along the shore and at the intersections of the paths, are Egyptian sculptures and Roman statues which add to the romantic atmosphere of the garden. According to the taste of the period lost of exotic trees were planted. Fascinating is the Japanese pond with waterlilies, surrounded by Japanese maple trees and cedar trees. In April And May you can admire the blooming of the azaleas and rhododenrons.

Access: from the boat landing stage at Bellagio follow the lake side promenade approx. 800 to the south. 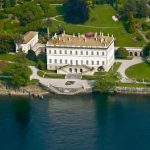 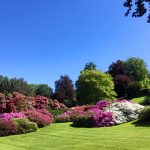 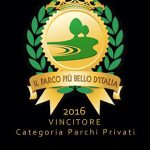 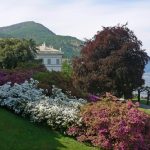