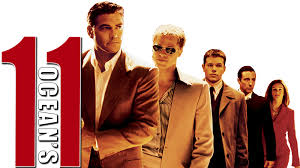 Lake Como’s stunning landscapes bewitch directors as well as tourists, and have done for many decades. The sweeping hillsides, crisp lakes, imposing mountains and spectacular villas make for a film location of a lifetime. There’s nothing quite like an Italian backdrop to frame class and luxury, vivid action and poignant romance.

It was in the short window of time between 1903 and 1908 that the film industry in Italy began to take hold. The three organisations at the head of this movement were Italia Film, the Roman Cines and the Ambrosio of Turin. Milan and Naples based film companies soon followed suit and an industry began to blossom, giving Italy a Mediterranean-Hollywood status. This old school glamour and elevating stardom lead to the well-known companies becoming renowned for their high quality and fast-paced production process, meaning that they were soon able to sell their films internationally, as well as being well-respected in Italy.

The trend began with historical films, such as Filoteo Alberini’s ‘La presa di Roma, 20 settembre 1870.’ This feature about the capture of Rome was filmed in 1905 and was quickly followed by more films portraying historical figures such as Nero, Messalina, Spartacus, Julius Caesar and Cleopatra. Actresses didn’t quite have the celebrity status they do today, but were almost more untouchable and beautiful thanks to the less invasive nature of media back in the day. Women such as Francesca Bertini, Lyda Borelli and Pina Menichelli were seen as goddesses of cinema and were particularly well-known for their roles in passionate tragedies. For years now the lovely shores of Lake Como have been home to iconic film scenes and are a much sought after outlook by directors around the globe.

For a taste of the glitz and glamour, here is just a small insight into what has been shot on Lake Como; 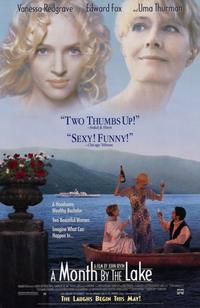 This touching romantic comedy portrays a group of individuals helplessly pursuing fated love interests during the month of April 1937.

Miss Bentley, a middle-aged English lady, spends much of her time fending off the amorous advances of a striking young Italian man. Major Wilshaw is in fact the real object of Miss Bentley’s affections, yet he only has eyes for the flirtatious young American woman, Miss Beaumont. Things get complicated.
This tale of misplaced affection dances across the springtime shores of Lake Como which act as a glorious natural stage for the wonderful Vanessa Redgrave, who stars.

Long lakeside promenades with mountain views fill the screen and the location is even paid homage to in the film as Redgrave’s character regularly takes photographs of her surroundings, giving the location a conscious role in the feature. In the final scenes, Miss Bentley, Redgrave’s character, and the Colonel slowly dance along the very same promenade; proving a touching symmetry between the characters’ fates and the Italian lakes. 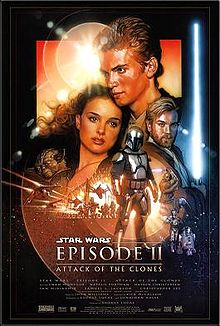 Three locations were used for Attack of the Clones; the beautiful Villa Balbianello, Tremezzo Public Garden and the Picnic Meadow. Sadly, the Tremezzo scenes were cut in the final edit, but Lake Como itself firmly remains a part of the epic Star Wars legacy.

It was the Varykino, or Lake Retreat, scenes which were filmed at Lake Como. According to Star Wars legacy, Varykino is an island in the Lake Country of Naboo which is home to the Nabierre’s family retreat house.

‘That is Varykino, a prize of the Lake Country. Once owned by the poet Omar Berenko, and presently occupied by the Nabierre family.’ Cosinga Palpatine, to Hego Damask.

Such a glorified statement suggests that Lake Como was honoured to be chosen for such an integral and archaic location. 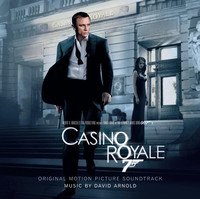 Villa Balbianello in Lake Como welcomed Daniel Craig’s debut as Bond. Scenes for Quantum of Solace were also filmed here, as well as in the nearby Lake Garda.

In Casino Royale, Villa Balbianello doubles as a hospital where James Bond (Daniel Craig) is recuperating with Vesper (Eva Green), as well as being the location for where the Swiss banker, who is dangerously funding terrorist organisations, comes to claim a code to transfer money. The overarching theme of the film is that Bond must fight the banker, Le Chiffre’s, network by winning at poker in Casino Royale. The villa’s imposing position at the tip of a promontory overlooking Lake Como blesses it with the dramatic grandeur required of a man who likes his cocktails shaken rather than stirred.

This classic 1938 film, also known as ‘Old-fashioned World’, starred a 17 year old Alida Valli. The Italian drama was directed by Mario Soldati and was based on Antonio Fogazzaro’s 1895 novel. Piccolo Mondo Antico was one of the first tour de forces in Italian cinema, setting a trend for an Italian age of Hollywood.
The film, set in nineteenth century Lombardy, is about the marriage between a nobleman and the daughter of a humble clerk, which occurs against his grandmother’s, the Marquess Orsola Maironi’s, wishes. The old lady is determined to make the newlyweds’ lives miserable and the young man is eventually forced to flee to Turin to find work, temporarily leaving his wife and newborn daughter behind. Their daughter tragically drowns in Lake Lugano, casting a tragic wedge between the couple. After years of tumult and estrangement the couple eventually meet again at Lake Maggiore, where they make love and create a child once more, before Franco, the husband, must leave to fight in the Italian War of Independence, unsure of whether he will ever be able to return. Only somewhere like Lake Como has the capacity to stage a film which fuses hope and sadness with such intensity. 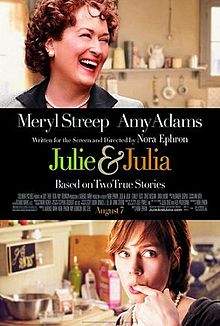 The beginning scenes of the fabulous Julie & Julia, starring Meryl Streep and Amy Adams, were filmed in Lake Como. Not only will you be able to admire the brilliant topography of Lake Como, you will also be able to drool over delicious foodie scenes as the film is based around the lives of chefs Julia Child and Julie Powell.

The final scenes of Ocean’s Twelve, those featuring Night Fox’s mansion, were shot on Lake Como in the Villa Erba area. Thank goodness the Brad Pitt trivia doesn’t stop there, as the city of Bellagio was also the inspiration for the Bellagio Casino in Vegas, which is the site of the heist in Ocean’s Eleven. Clooney still hangs out in Como today. 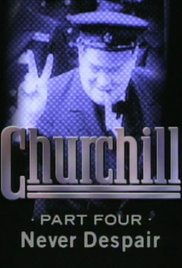 The series about the former Prime Minister couldn’t resist being partly shot in Como, as this is where famous Winston spent much of his leisure time. The cinematography in this biopic reveals very quickly why the astute individual was so drawn to the place, with its captivating subtleties and arresting complexities. There are even clips of the man himself in Lake Como. 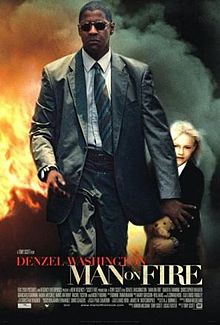 ‘One thing you have to say for ‘Man on Fire’: If they gave an Oscar for best location scouting, this film should win it. From a palazzo on Lake Como to a huge sun-lit industrial loft to a cavernous underground boat dock, this film has some of the best looking backgrounds of the year.’

The film itself is an action thriller based on the novel by A. J. Quinnell.

This Marleen Gorris film showcases the jewels of Lake Como. Northern Italy’s romance plays the setting of The Luzhin Defence, a film loosely based on Vladimir Nabokov’s novel. The film depicts an international chess championship set at a spectacular villa on Lake Como during the 1920’s. The plot explores an unlikely romance between grandmaster Alexander Luzhin (John Turtorro) and socialite Natalia Karkhov (Emily Watson), yielding an intriguing insight into the world of social expectation and the questionable necessity of artifice, as well as the vulnerable nature of its absence.

Despite not being a hugely well known film, The Luzhin Defence acutely captures the absorbing beauty of Lake Como. Viewers can drink in the striking shoreline of Lake Como and soak up its cinematic potential.

Of course, there’s nothing quite like visiting the place for yourself, becoming a film star in your own right by dressing up to the nines and sipping cocktails in one of the splendid villas. Act the part and the rest will follow. At this rate, Lake Como is such a popular location for screen, that you could find yourself being recruited as an extra on a casual visit!